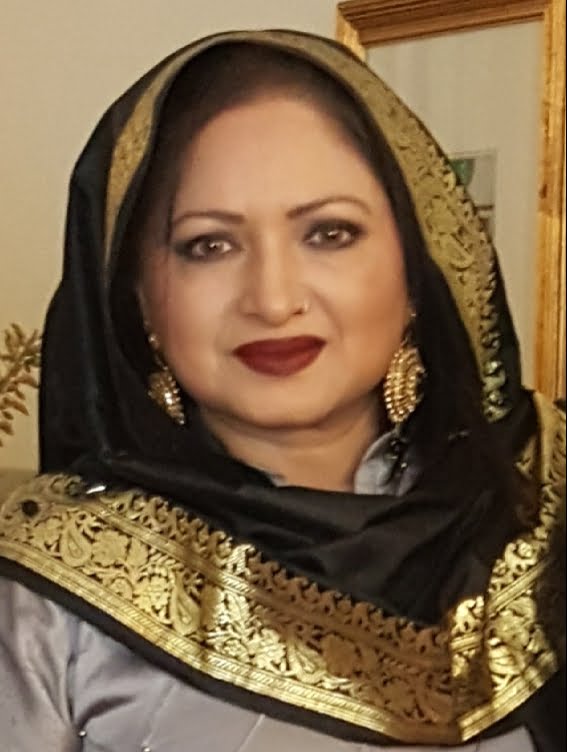 Dilafroz Nargis Ahmed (Courtesy: Nargis Ahmed)
Ahmed is the director of India Home’s Desi Senior Center in Jamaica, Queens and works tirelessly to make aging Bangladeshi immigrants feel at home while living in the United States.
“When I was working and my parents were here, there were no activities for them to do in the day time and I felt very sorry for them. Although my parents are no longer with me today, I want to help others’ parents,” Ahmed, a retired travel agent, told News India Times, adding that they are the only South Asian senior center who serves halal food.
Ahmed came to the United States in 1981 and worked full-time as a travel agent for 26 years as she “wanted a career where I could go back to my home country every year”. In 1986 she joined a weekly Bangla program called “Ruposhi Bangla” as a news anchor.

“Ruposhi Bangla” was the first Bengali television program outside of Bangladesh and broadcast on public access television throughout the tri-state area.

This was the first of many instances in which she had been involved in the Bangladeshi American community.

In 1988, Ahmed helped to form the organization Bangladesh Shangshod where she was general secretary and participated in collecting and distributing winter clothes to the needy and other similarly humanitarian minded projects.

Bangladesh Shangshod was the first and only organization that came forward to teach English, American customs, training and job placement, and free medical services to newly arrived Bangladeshi immigrants. 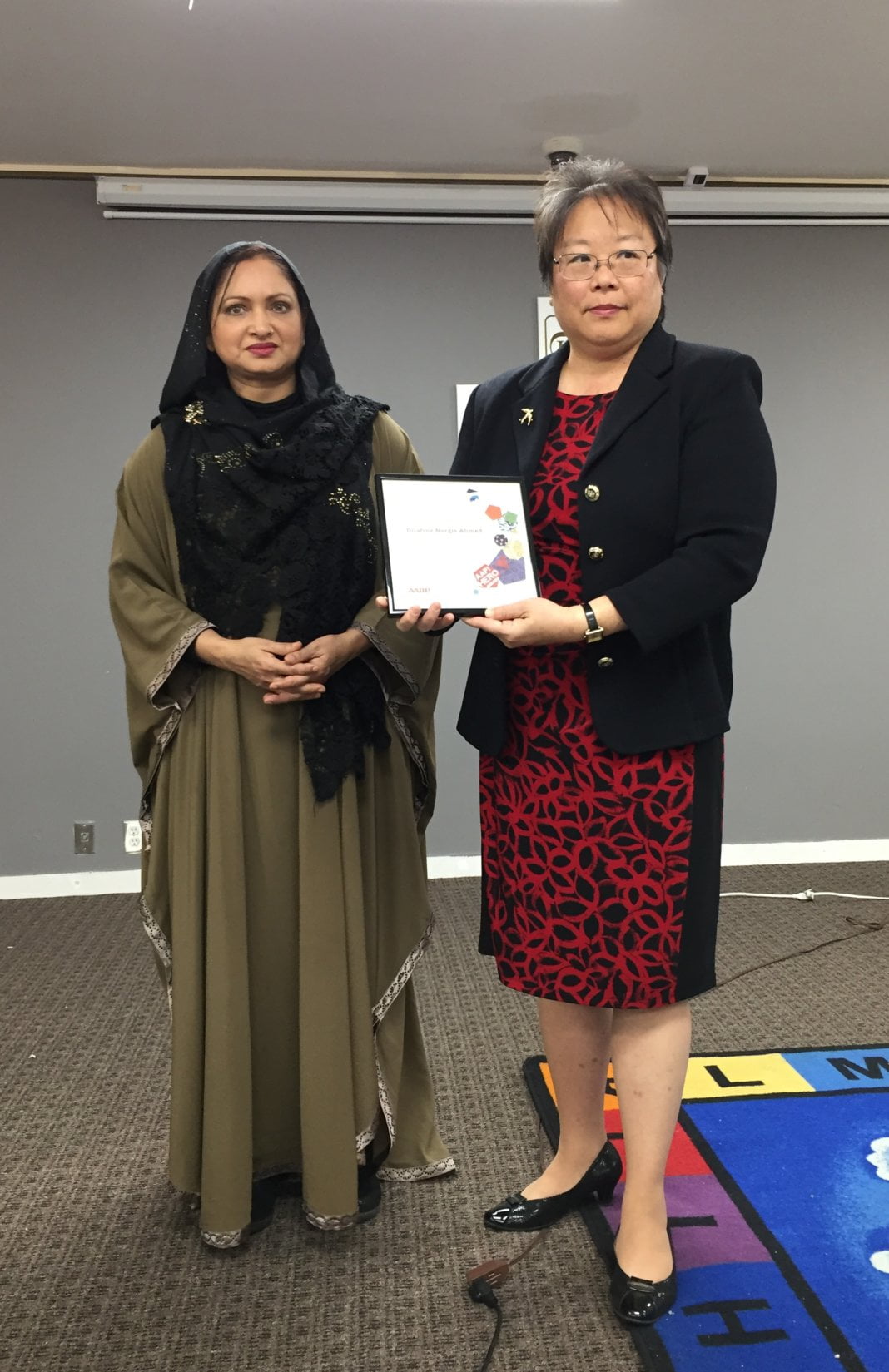 Dilafroz Nargis Ahmed with Daphne Kwok, the Vice President of Multicultural Affairs at AARP
After that, Ahmed became actively involved with the Bangladesh Society Inc. in New York, an organization servicing the Bangladeshi-American community at large which was founded in 1975 and has more than 18,000 active members to date.
She was the very first and currently still is, the only elected female president of Bangladesh Society Inc.
Prior to this, Ahmed had been a proud life member of the organization and held two consecutive terms as an executive committee member from 1989 to 1990.
She was also elected as organizing secretary during the term of 1993-1994 while taking on the official duties of the general secretary.
During this time, she also chaired the Bangladesh Society’s ‘Bangla School,’ for children of Bangladeshi descent who were interested in learning traditional Bengali music, dance, as well as reading and writing in Bangla.
Ahmed facilitated legal help for Bangladeshi Americans as well and in 1991, became one of the founding members of the Bangladeshi American Public Affairs Front (BAPAF) where she served as president for the term of 2003-2004.
Prior to that, she served six years as general secretary, two years as vice president, and two years as senior vice president for BAPAF, the organization that motivates members of the Bangladeshi community to actively participate in mainstream political activities.
Ahmed was also elected as the Executive Secretary of Federation of Bangladeshi Associations in North America (FOBANA), for a 3-year term in 2001.

Along with promoting Bengali music, theater, and arts with the community, Ahmed is an avid traveler, reader and enjoys hosting gatherings.
She is the founding president of the Drama Circle, the most popular theater organization amongst the Bangladeshi American community and has also been in-charge of the large-scale celebration of the Bangla New Year “Pohela Boishakh” in America.
Ahmed has also been active in mainstream local politics for the Asian American Democratic Association of Queens where she served as a co-chairman of the voter registration committee, the New York State Democratic Party’s South Asian Pacific Division where she was elected as a member-at-large and was appointed by then Queens Borough president, the late Helen Marshall, to serve as a member of Community Board 8 since 2002.
In 2014, she was selected to be the secretary general of the Advisory Council of Al-Mamoor Islamic School in New York.
Along with receiving the 2017 AARP Asian American and Pacific Islander Community Hero award on Wednesday, Ahmed has received many other awards from various organizations in the past for community involvement including the AFL-CIO, the Commission on the Dignity of Immigrants, the Asian American Democratic Association of Queens, the Bangladesh Society of New York and the Bangladesh Consulate General of New York.
She has also been honored with accolades and citations from Congresswoman Yvette Clarke, City Council members John Liu, David Weprin, Helen Sears, Senator John D. Sabini, Senator Ada L. Smith, Assemblyman Jose Peralta and two Proclamations from the City Council of New York.
She also received two special commendations from the Office of the City Comptroller: one from William C. Thompson in June 2007 and another from Scott M. Stringer in May 2014.
Ahmed lives in Jamaica Hills, Queens, New York with her husband Mustaque Ahmed, a pharmacist, and two daughters, Munira Ahmed and Kainath Minerva Ahmed.