Muslim community and faith leaders were arrested in Washington DC on March 5, 2018 after calling on lawmakers to support bipartisan immigration legislation that makes permanent protections available to Dreamers protected by the Deferred Action for Childhood Arrivals (DACA) program.

Peaceful protesters took to the nation’s capitol to advocate for immigration reform before getting arrested for acts of civil disobedience. Immigrant youth, faith leaders and allies visited the office of Congressman Paul Ryan. Faith groups are rallying against using undocumented immigrant youth and advocating the passage of a bill that would give legal status to 800,000 undocumented immigrants who came to the country as children. 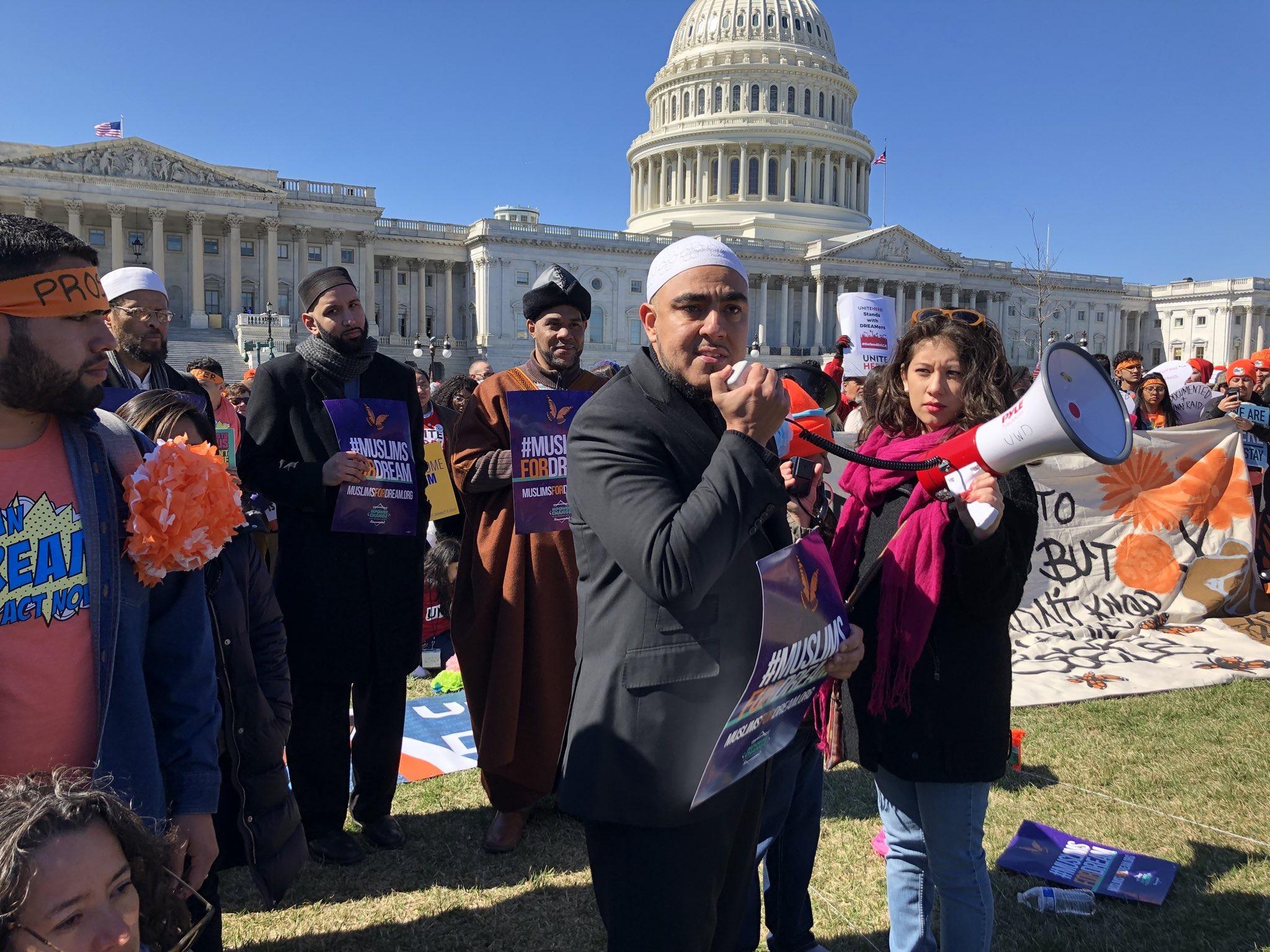 In September, President Donald Trump set March 5th as the the last day of the DACA program. The Obama-era executive action allowed young undocumented immigrants brought to the U.S. as young children to apply to work and study in the country without fear of deportation. 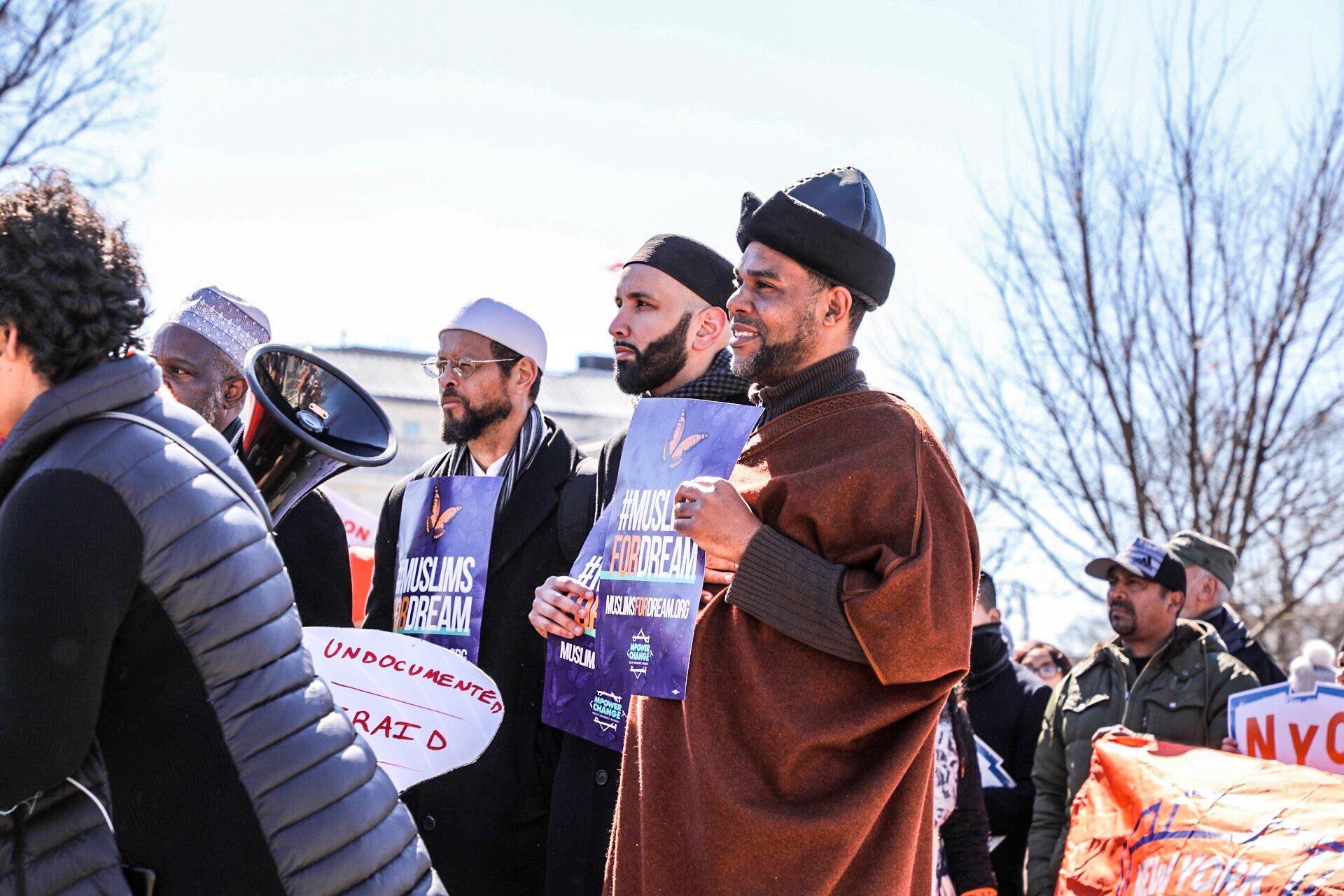 A Supreme Court ruling delayed that end date, but immigrant youth and allies gathered to push Congress and the White House to pass a new law granting them permanent protection.
“Almighty Allah has told us to stand for Justice,” said Imam Talib Shareef of Muslim Alliance of North America. “We are not weak in faith and we are hear for a mobilization,” he said. He quoted Malcolm X and pointed out that many Haitians, Africans communities also have undocumented children who are affected by these policies. “We stand here in the spirit of Malcolm X with the people who are affected by these policies,” he said.
Imam Omar Suleiman said the imams were here fighting white supremacy because Islamophobia, racism and anti immigrant stances all stem from the same roots. “This is creating real fear,” he said.
Imam Mujahid Fletcher, intially from Columbia, came as a child to the United States. He empathized with DREAMERS as he had gone through the same experience. “We don’t want to live based on fear. We want to live according to the priniciples of freedom of speech, of religion,” he said.
“This is their land and they should be allowed to stay here. Europeans and their children came here without papers and took this land from Native Americans and just as they can stay here and so can these [youth],” stated Imam Dawud Walid as they stood bear the Washington monument.